Got a song, a tale, some news of far off places or Orcs gathering? Step up and loose your word hoard.

It does actually have a plug [EDIT: rereading your comment, I think the shadows in the original picture just make the windway look larger than it is][EDIT 2: it's actually because the sides of the... Tube? Are filled with wax up to the sides of the window in an attempt to help direct/concentrate air, making the bore of the bone look narrower than it is], though just beeswax (I figured it would make sense to just use beeswax on this 'prototype' until I get the shaping right, before moving to wood-and-beeswax, though both are historical iirc).

It's pretty small, and I did play around with different sizes of windway before settling on this as the best, but I think next time I will try wide-and-thin like on our modern Irish whistles (that said, the only reproduction I've seen the plug end on also had a small hole on the squarer side of rectangle like this) and maybe a smaller version of this rectangle just to check. The window is definitely larger than most of the other ones I've seen though.

The historical ones don't (I assume for ease of construction) have shaped fipples, but it's something I will absolutely do on more developed ones (unless I'm making an archaeological replica, which I probably will with some). It's not just more comfortable, the jaw position requires is simply not as good for blowing (though that may be partly inexperience with this kind, I think it's partly body-mechanical as well) 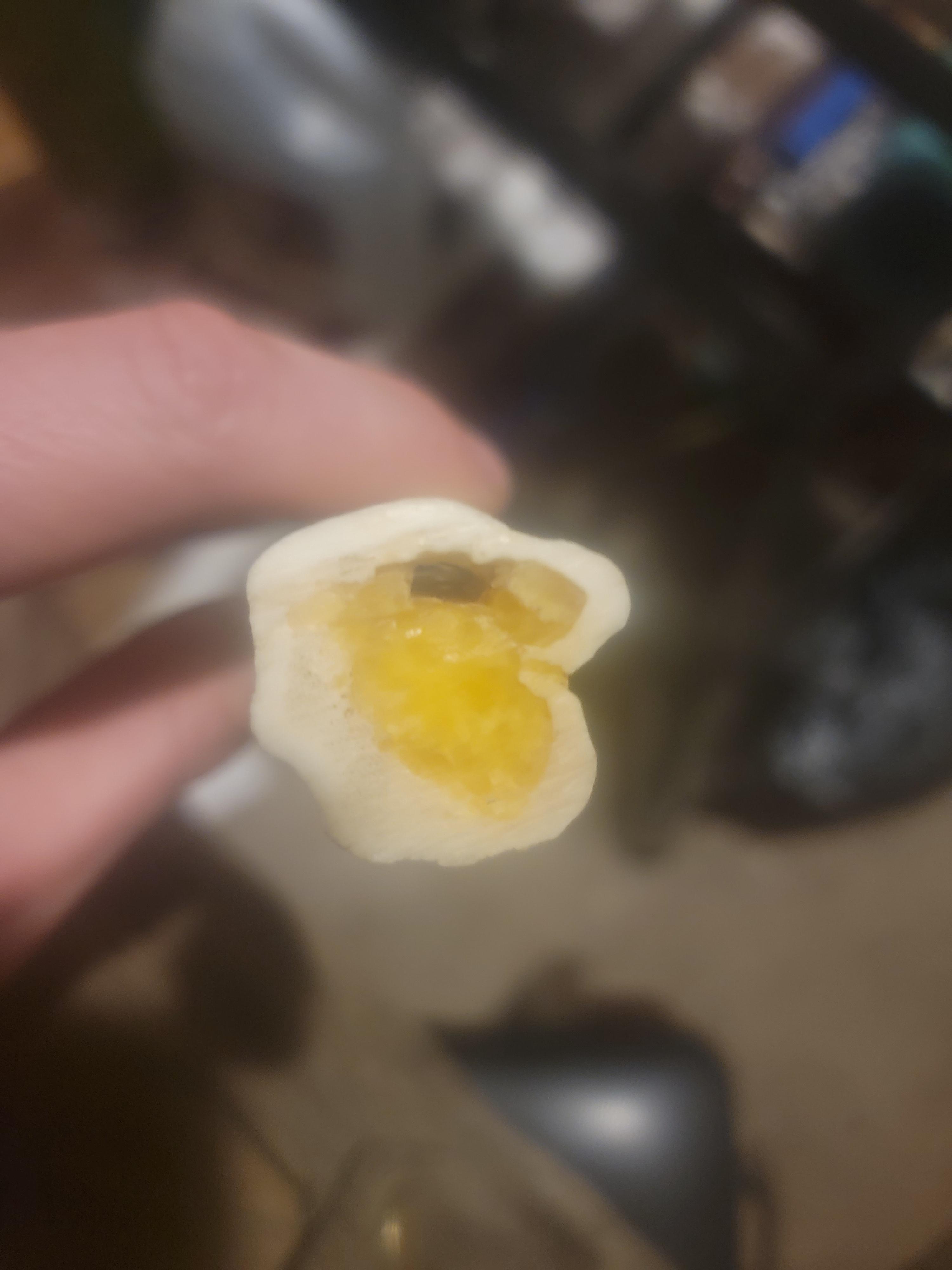 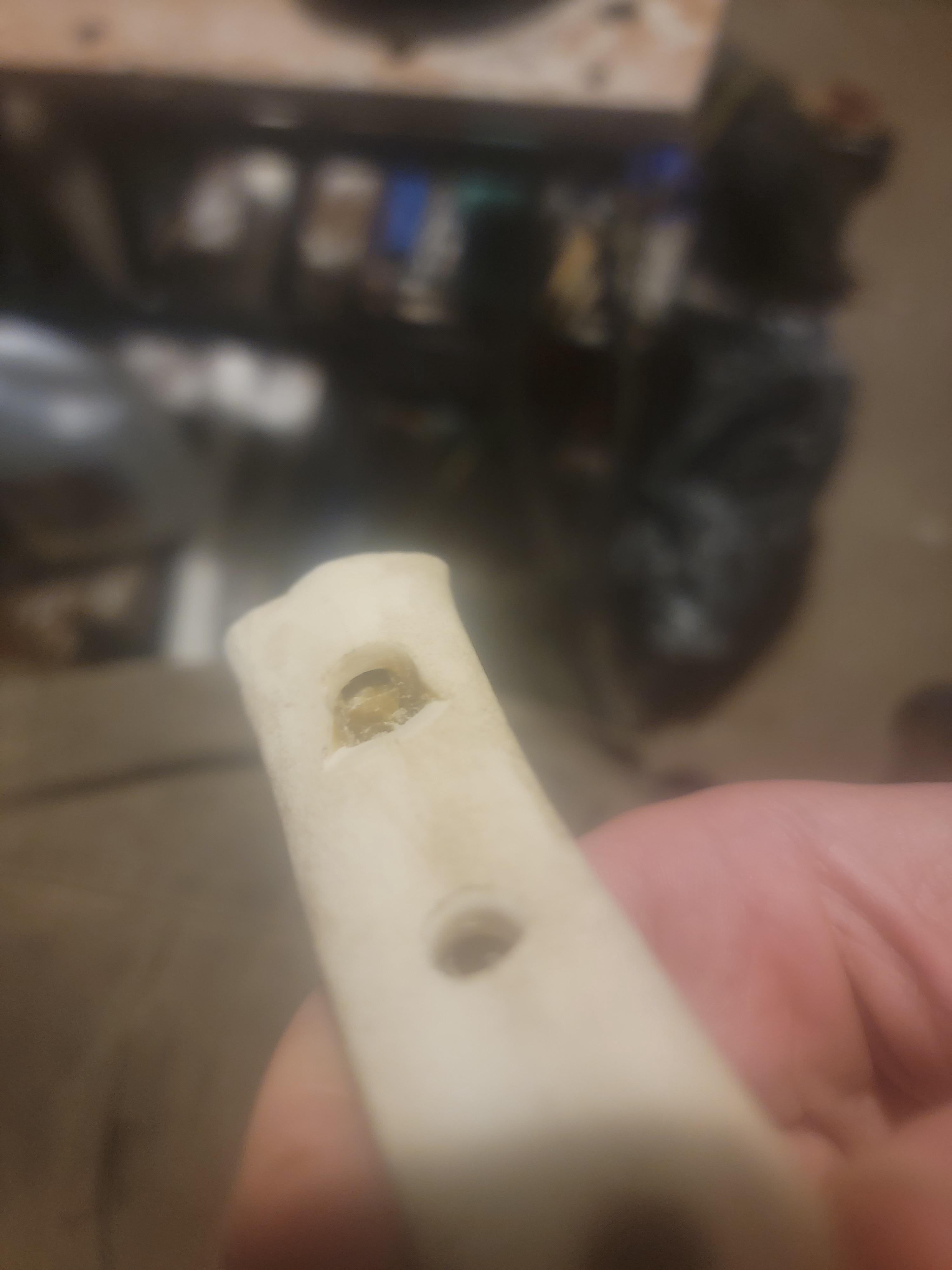 It's not the only source material I've looked to in making these, but this thesis is the most comprehensive and archaeologically grounded, for those interested: https://discovery.ucl.ac.uk/1444309/6/L ... dacted.pdf
Top

I have a few instruments which I play with varying success, certainly not what you would called a musician but I can liven a campfire and I am always careful to choose songs where my average voice isn't an issue. 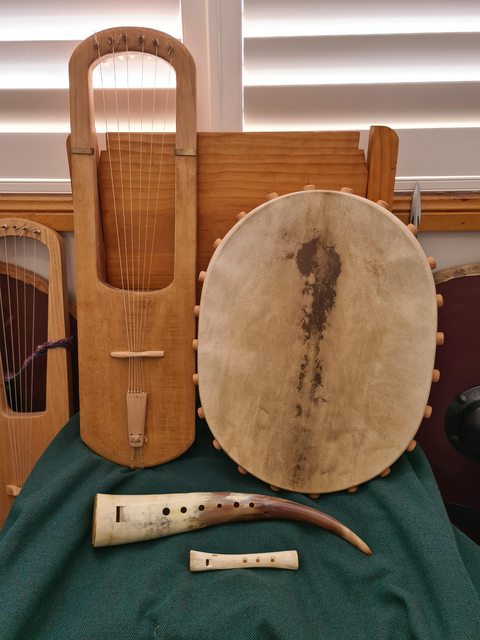 Sorrel It looks to me like the issue is with the second hole in your fipple which I think is what Greg is also saying. The one on mine is very thin whereas yours looks much bigger. I recently had an issue with mine as the wax deformed in hot weather and had to reshape it much smaller than I thought (still not back to its best) 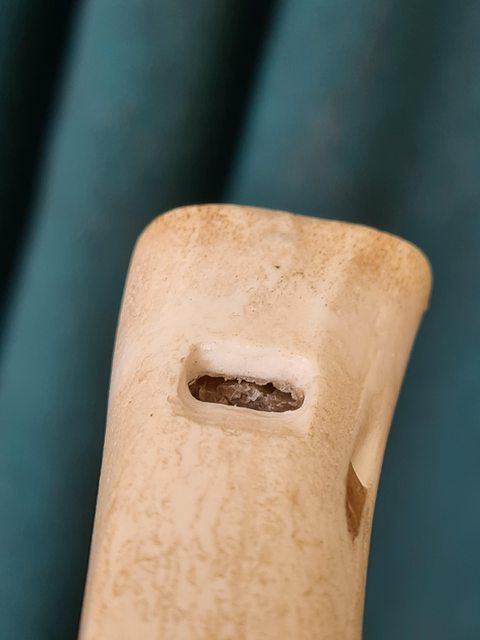 It's looks bigger than it is, I tried shining a torch through to sow you and got no light it's that small.

A fantastic song to play which doesn't exceed the range of these whistles (even mine with the three holes) is the little tune in this Latvian song.

https://www.youtube.com/watch?v=fwtwpRltHSg
For seven days without eating or sleeping the new king sat, until he stood and cried "This cannot be borne!"!
Top

These are all lovely. I've long craved one of those old Saxon lyres. And I'm enjoying observing the details of flute-making.
Top

I've been away from this thread for too long, those whistles look amazing, even tho I couldn't play a whistle to save my life

I also had no idea we had so many Bodhran players here, normally when I say I play the Bodhran, people just look confused and say "what's that?"

Iodo wrote: ↑Fri Dec 17, 2021 5:08 pm I've been away from this thread for too long, those whistles look amazing, even tho I couldn't play a whistle to save my life

I also had no idea we had so many Bodhran players here, normally when I say I play the Bodhran, people just look confused and say "what's that?"

Oh, I am as well! Well, I'm really more of one of "those" Bodhran players.
-Jack Horner

Apparently there are a lot of bodhran jokes, such as:

One day a bodhran player left his car unlocked. When we realized what he had done, he hurried back to his car and opened it up. But it was too late: it was already crammed full of bodhrans.

What's the best way to play a bodhran?
With a pen knife.

I think these are funny but terribly unfair. I love the bodhran. I admit I feel like a clod seeing and hearing those who play the spiffy drums in the sophisticated new style (there's one drummer named Suzanne who's just incredible - plays with a guy named Tijn, youtube channel TijnB42). My drum is a really basic one but its skin is pretty well broken in - broken too, patched in a couple places, holding up pretty well. I play with the old-fashioned technique, but I can still get good variety of tone and pitch.
Top
Post Reply
52 posts

Return to “The Bard's Stage”