Whether new to the forum, or completely new to the community, herein you will find the best information to-date to help you get started on the right foot with that dangerous business of going out your door.

Quite the adventure was had this past Sunday with the Misty Mountain Rangers!
We met with a small group of Hobbits traveling in the Misty Mountains, and escorted them to the quaint village of Breck-on-Ridge, where we heard reports of a large, menacing troll in the area, which had been frightening the locals. Making a short foray into the forest near town, we quickly came upon our quarry in a clearing, not even attempting to hide from the daylight. At first we warned him to leave and threatened him with force of arms, but as it happened, he was not a common stone or mountain troll, but one of the rare Wood Trolls of the Misty Mountains, who had left the service of the Enemy long ago and, much like their cousins the Ents, had chosen to live peaceful lives amongst nature. He told us his name was Isak Heartstone, and we had many amusing conversations. Finally, we bade Isak Heartstone a fond goodbye, and made back for the village. We had a slight problem with a rogue Nazgul along the way, but thankfully none of our party was harmed (he was not a very effective Nazgul). At this point, our halfling companions set off back for town to reassure the villagers that the troll trouble had been thoroughly investigated and put to rest. Then the rest of our party made for a nearby abandoned Dwarven mining operation. It was, thankfully, free from orcs, trolls, or other, more dangerous creatures, so we finally reconvened back in Breck-on-Ridge for a bite to eat and a pint at the local tavern.
All in all, a very successful adventure!

In plain English:
We got some folks together to go visit a large art installation up in the ski town of Breckenridge, called Isak Heartstone. It was built several years ago by artist Thomas Dambo, who has done similar large wooden troll sculptures all over the country - but the residents of the area where he initially built it got a bit mad, because of all the new traffic to their neighborhood, so he moved it shortly after to its current location, near the public ice rink. It’s just a short jaunt into the woods from there, so we got a professional photographer to come take some pics of all of us with Isak (those are being edited currently, but I may post some when they’re done). At this point, the folks who just wanted to come for photos took off into Breck (where they were currently holding Oktoberfest), and the rest of us took off for a nearby trail with some incredible views of an old mining operation. The field of rubble produced from just these couple of mines was INSANE. Afterwards we reconvened in town for a bite at a local Irish pub before heading back to the Denver/Colorado Springs area!

I am finding lately that this seems a good way to engage with new folks in our local scene - that is, aim at the people who are most interested in cosplay and LARP by offering fun photo opportunities, and then encourage anyone who wants to get deeper involved to come along for a hike. Seems to be a nice balance of inclusivity and in-depth participation, for the moment at least. I’ll probably be planning more of these kinds of “casual” outings in the near future, and using it as a means to recruit interested parties into the more “hard-core” side of things, while still allowing everyone to have fun at their own speed!

Anyway, Here’s a link to the full Google Drive folder with all of the images I took, ands a few others as well (at a MUCH better resolution), for anyone who might want to have a look:
https://drive.google.com/drive/folders/ ... jLj8DTT5Mk

Wow wow wow! Wonderful photos, hope you guys had half as much fun as it looks like you had!
Top

.. I just adore your troll.

That looks like such a brilliant day, and it's so awesome that you met a wood troll, there are very few of them around these days

also, is that the remains of a floating dredge? if so that thing is huge!
Gimli: It's true you don't see many Dwarf-women. And in fact, they are so alike in voice and appearance, that they are often mistaken for Dwarf-men.
Aragorn: It's the beards.
Top 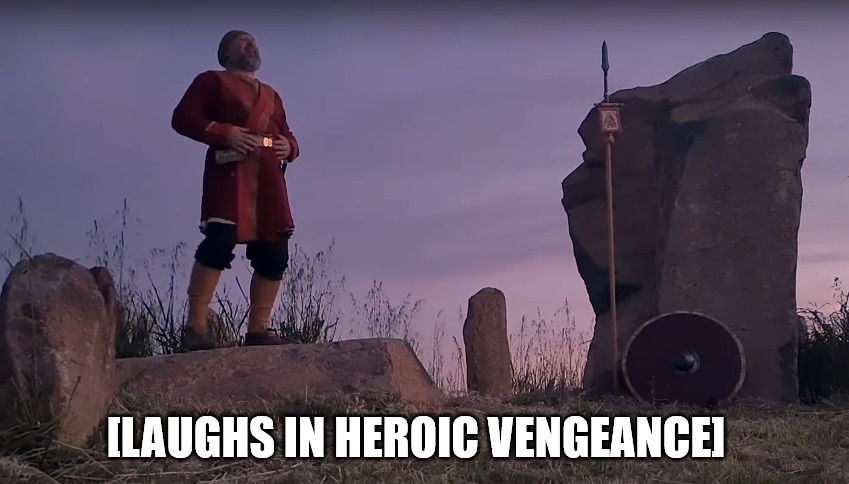 But the white fury of the Northmen burned the hotter, and more skilled was their knighthood with long spears and bitter. Fewer were they but they clove through the Southrons like a fire-bolt in a forest.
Top

so now I know who to blame

Love the pictures, Manv. I also really like the short backstory you wrote. Very cozy! Looks like a grand time was had!

Nice post. I encountered one of those trolls myself in Colorado a couple of years ago.
Life is a great adventure; if I live to be 10,000 years old, it won't be enough.
Top

Very cool! I have yet to see any trolls in my neck of the woods. I did see a few Crebain trying to solve a puzzle box, though.
-Thalion, Thontaur's son
Top

Thanks folks! It was a really fun outing! We definitely got some new interactions on our Instagram from it as well, since I was able to hand out a fair number of business cards. Don’t think we’ve actually enticed anyone into joining our ranks that way just yet, but it sure is nice to have something to direct people towards when they ask what the heck we’re doing

I’ve been wanting to gather a group and go get pictures with the troll for AGES, so it was lovely to finally make that happen!

Hey! Good eye! That’s exactly what it is! Here is a pic of the informational sign posted nearby:

LOL, you can expect a dwarf to know about mining

cool, thanks a lot for the info, it looks like it was an even grander scale operation than I imagined, still it's a shame they used mercury, there are still one or two places in the UK where you can still pan mercury-gold amalgam out of the rivers, it caused such longlisting damage
Gimli: It's true you don't see many Dwarf-women. And in fact, they are so alike in voice and appearance, that they are often mistaken for Dwarf-men.
Aragorn: It's the beards.
Top

Iodo wrote: ↑Wed Oct 05, 2022 8:23 am…still it's a shame they used mercury, there are still one or two places in the UK where you can still pan mercury-gold amalgam out of the rivers, it caused such longlisting damage

Yeah, I have a feeling that sort of thing was done ALLLLLL OVER around here back in the day. We had an absolutely flabbergasting number of mining operations like this scattered around the Rockies here, and I’m fairly sure none of them gave a single hoot as to the environmental damage it was causing. Really got to watch out for heavy metals in the water pretty much anywhere you go in this part of the U.S. because of it, or so I’m told.
Top

that does sound about right for the gold-rush, before all the regulations about such things existed there was no real reason for people to care
Gimli: It's true you don't see many Dwarf-women. And in fact, they are so alike in voice and appearance, that they are often mistaken for Dwarf-men.
Aragorn: It's the beards.
Top
Post Reply
459 posts

Return to “Getting Started”